The “Flat Rock Railroad” is named for the pronounced large flat rock that is found at the peak of the mountain top. As you can see from the pictures we have moved ahead rather quickly since April of 2014, when we started with only a pile of dirt, some cinder blocks, and a rough drawing from my granddaughter; just four months later, a railroad that boasts several tunnels, bridges, trestles and a scaled waterfall and river.  Buildings are beginning to find their home and the trains, both steam and diesel, are found running around two separate loops. 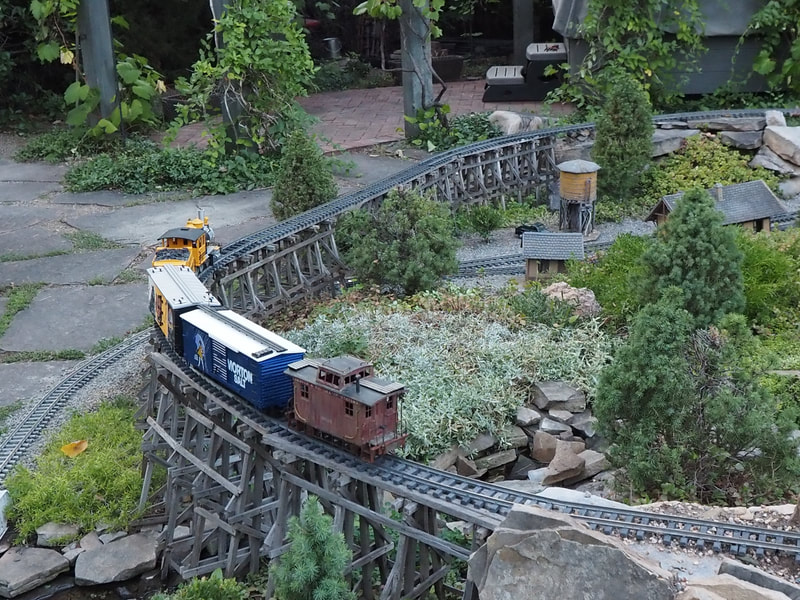 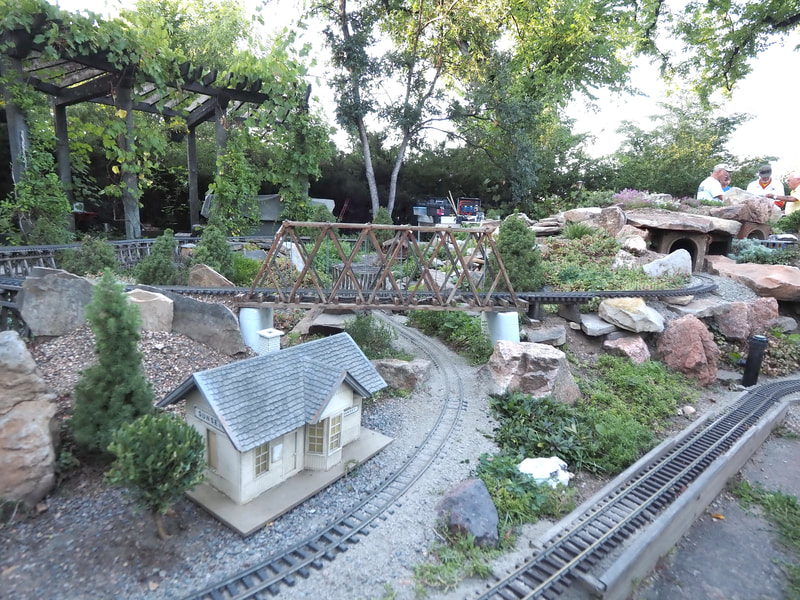 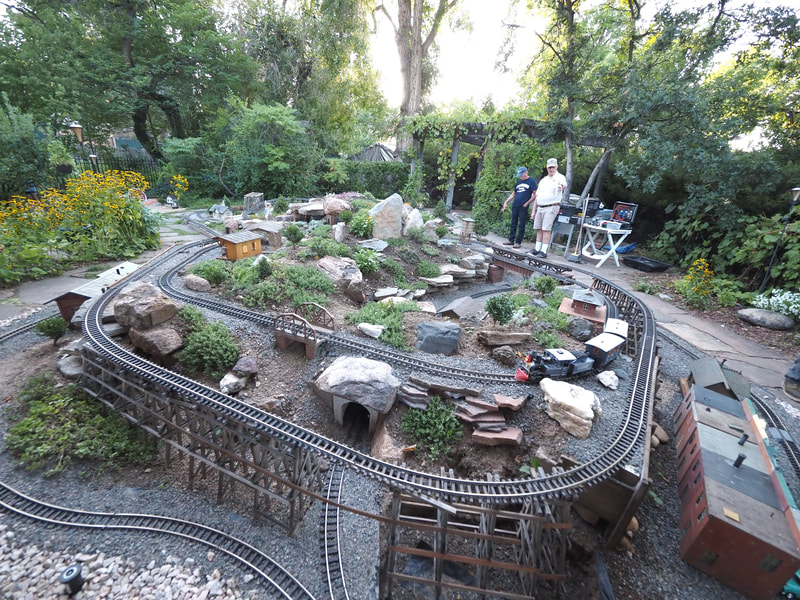 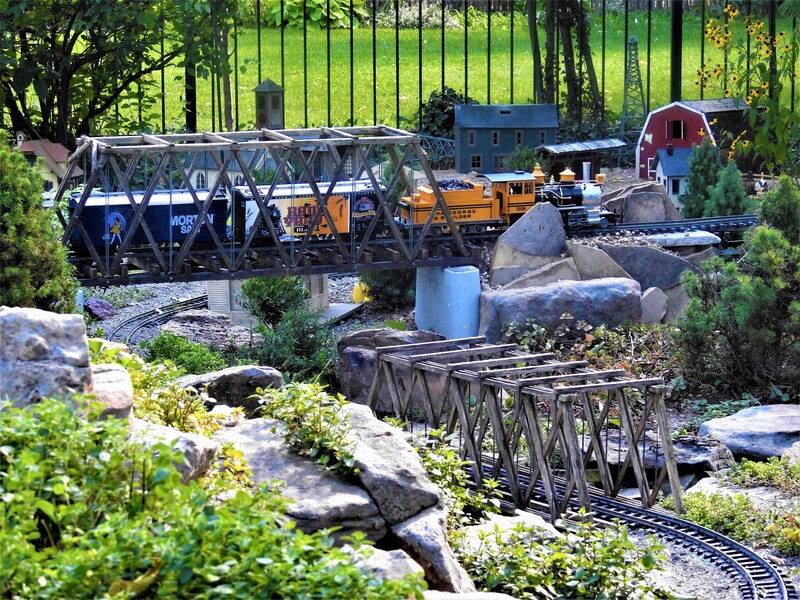 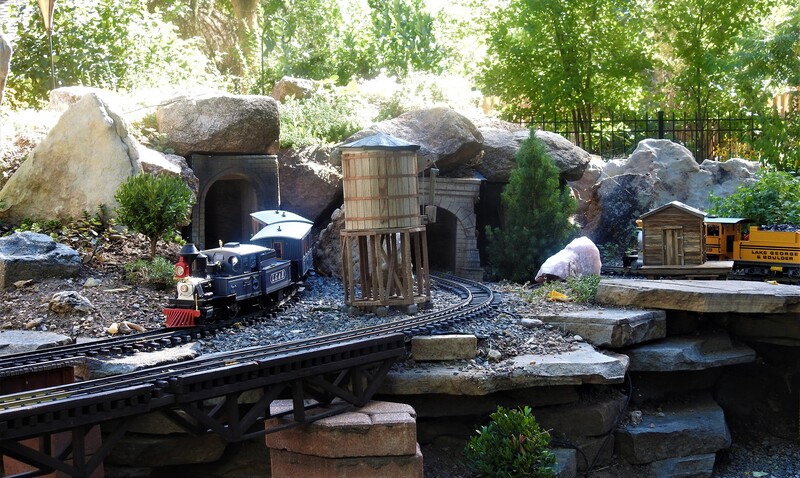 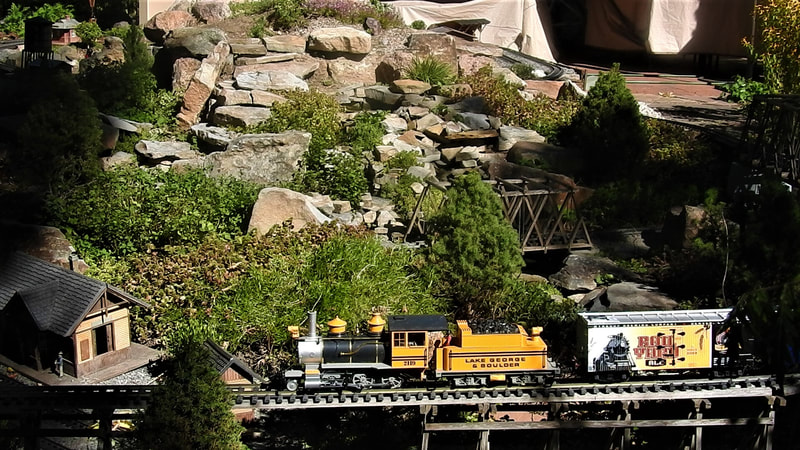 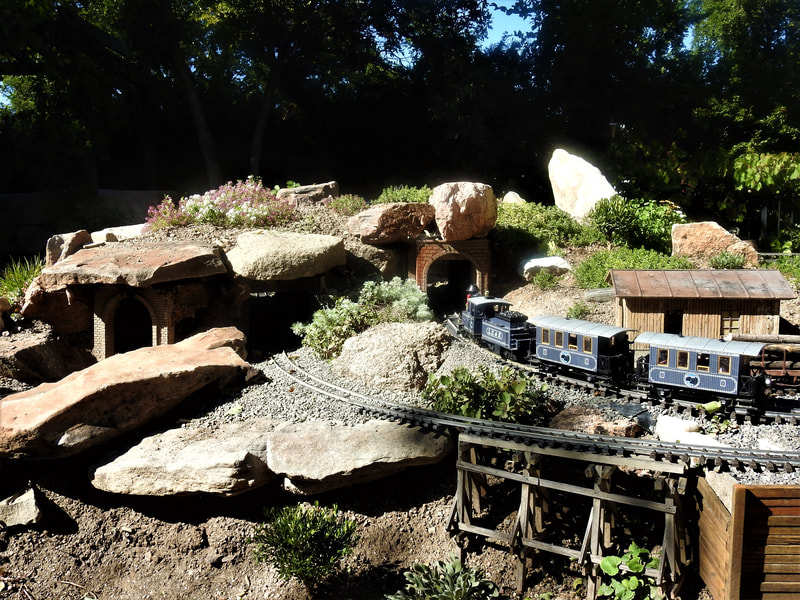 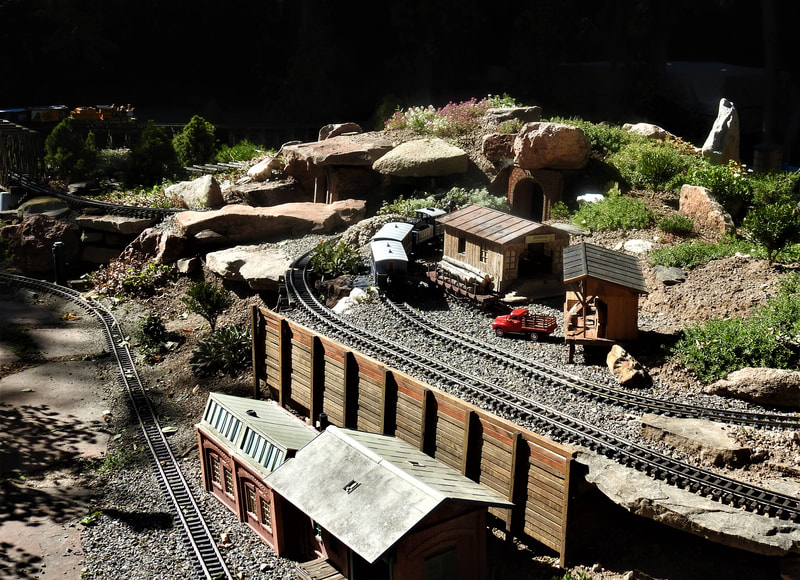 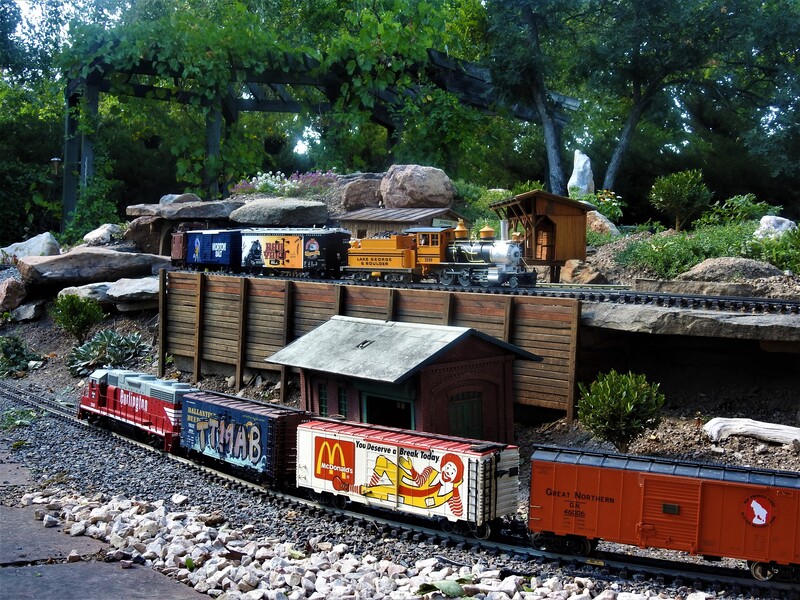