The general idea for this railroad was to show a narrow gauge line in its final years and to have a town just hanging on with some abandoned buildings combined with a few new structures. Most of the buildings were constructed by me at a 1:20.3 scale. The railroad has two loops and a long passing siding between the two. There is an addition north passing loop. The biggest feature is the large single track loop around a blue spruce with the village of Mountain Pride. The layout also has a number of generous sidings at both ends.

At one time, I owned a K-27, but it proved to be too “stiff” for the existing track and switches. This resulted in a major upgrade to reduce curvature with LGB 1800 track and R5 switches. Ultimately, the K-27 was simply too heavy for me to carry out to the layout and was sold to Shawn Elworthy. Reduced curvature, however, lengthened the track to over 600 feet and made operation more reliable. 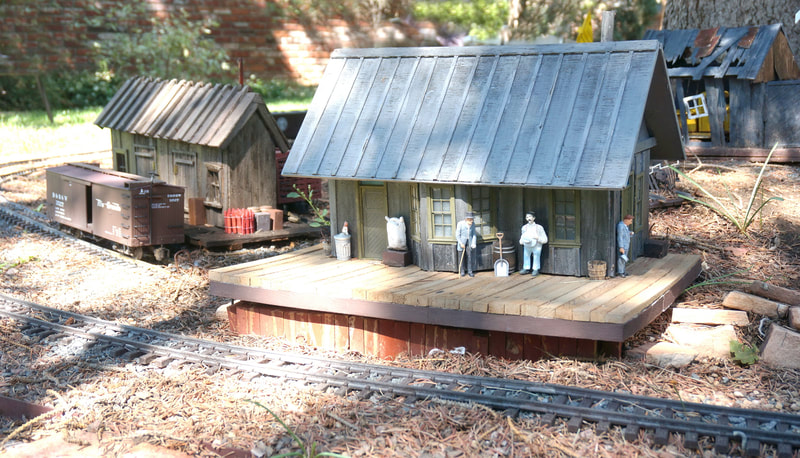 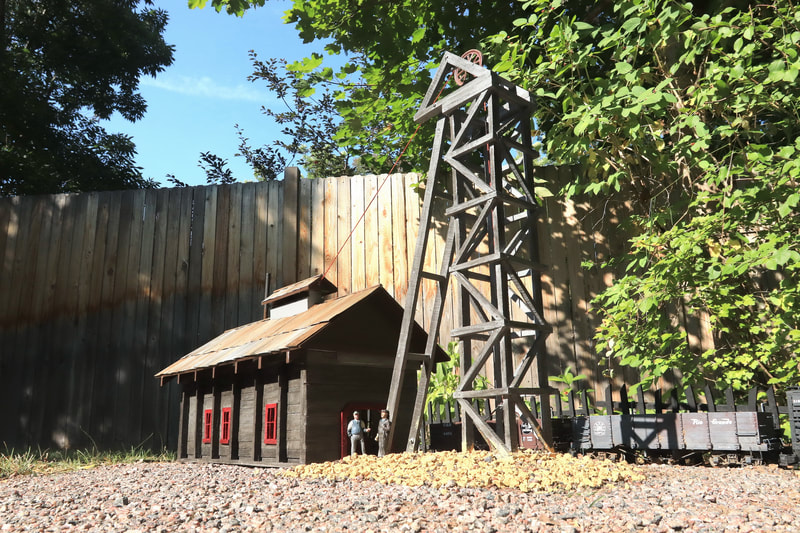 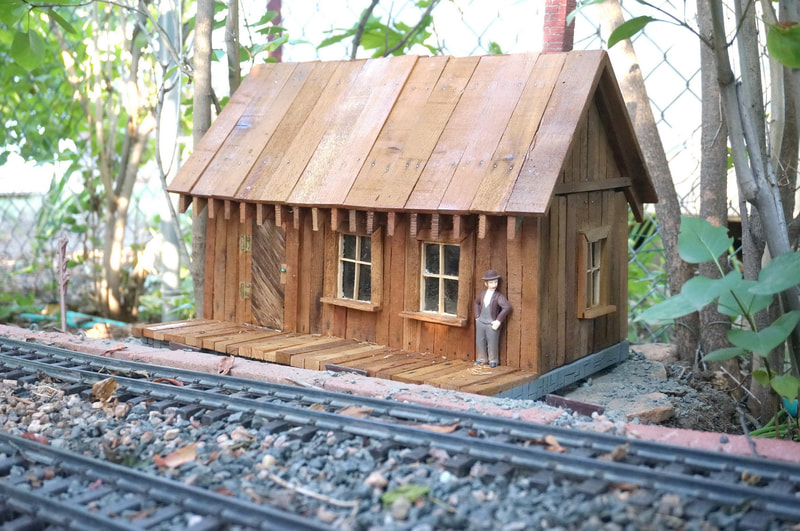 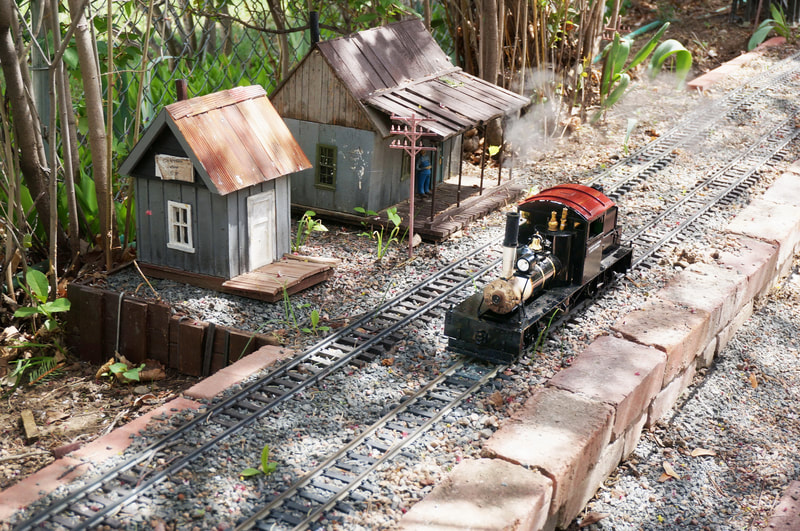 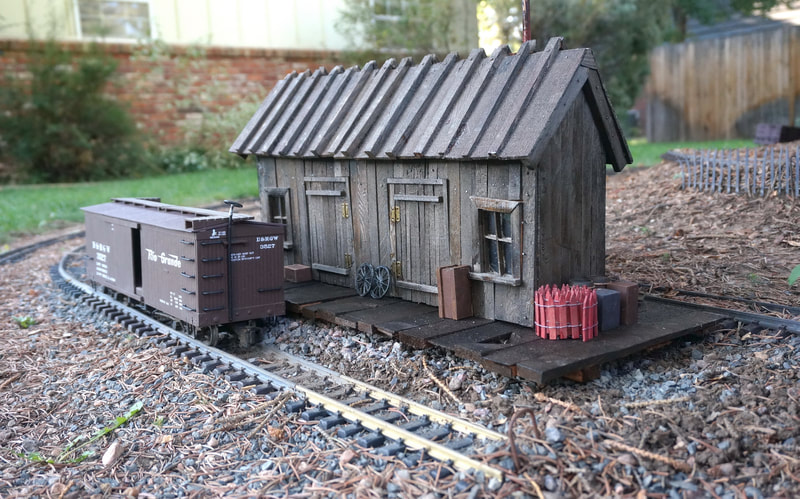 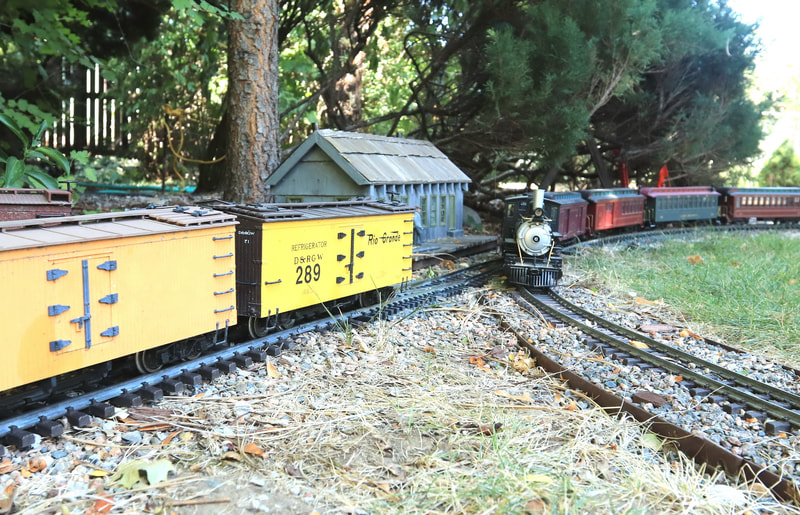 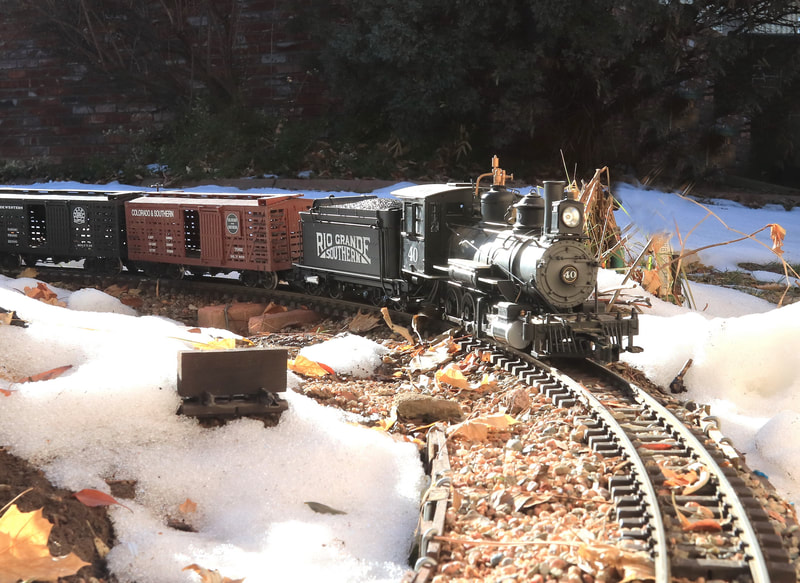 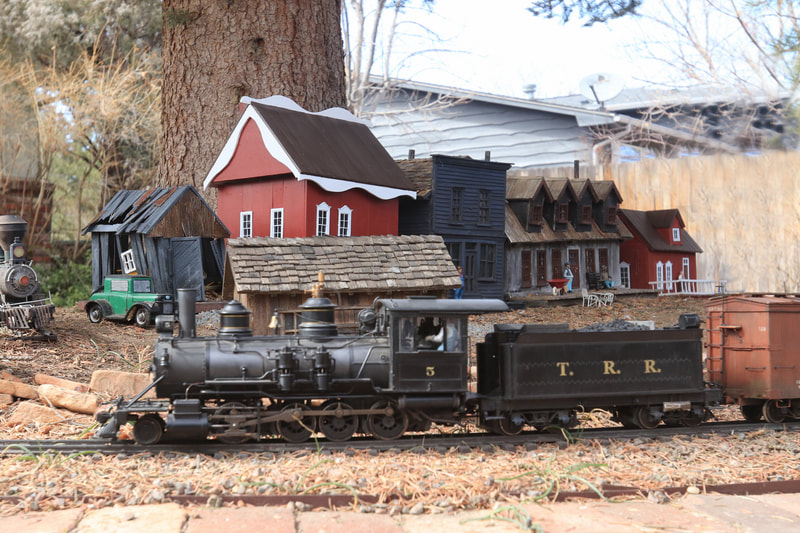 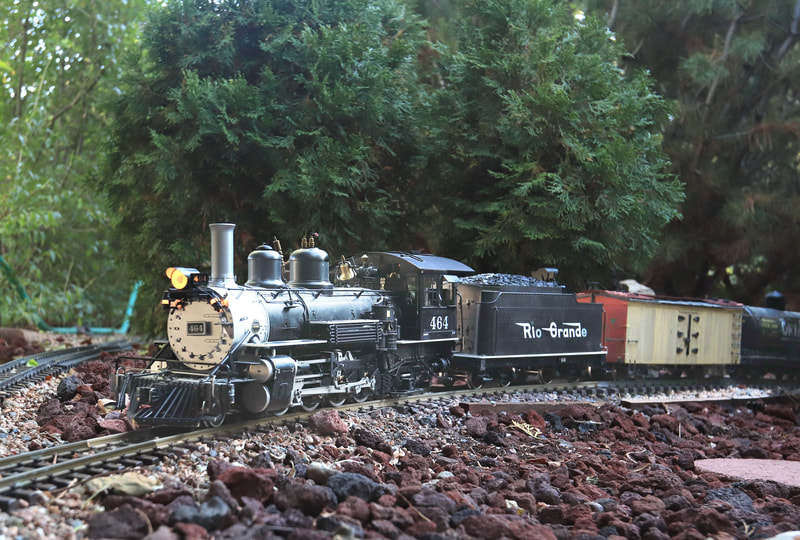