As an owner of G Scale equipment for more than 30 years, I had never ventured outside with my railroad machinery, mainly because I am not a gardener and didn’t want to get my stuff dirty. After all, I paid a fortune for it all.
My wife, however, is an excellent gardener, so finally last summer, about mid-August, I decided to give it a try, by starting with a small layout—about 50 feet of track. Our yard, which is 13 years old, has mature landscaping throughout, so the logical spot was easy to choose since it only involved transplanting 5 large rose bushes.
By the time the weather got too cold to work outside, I had created a complete loop and planted 6 small trees. Late in September I was able to make my first test run, which was successful.
During and after a very unsettled late winter and spring this year, I went back to work and now have about 5 months of work in the project. Phase one was completed just a couple of days before the open house on June 4. Phase two, an additional horseshoe loop attached to the original, was started late in April and is now operational, but not very “decorated.”
During the winter months I spent considerable time making buildings, mostly from my wife’s collection of bird houses. Consequently, I now have about 15 structures in the main loop.
It is called the Box Springs Mountain Railroad, named after the mountain I grew up on in Southern California—yes, there are a few rural areas left in SoCal.
My plan is to refine and complete the new loop, then sip lemonade while watching the trains run in the shade of my back yard. 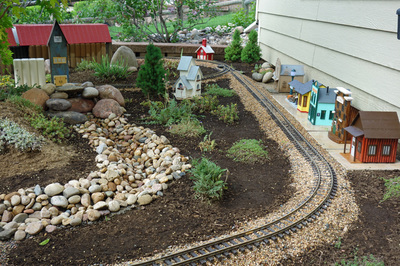 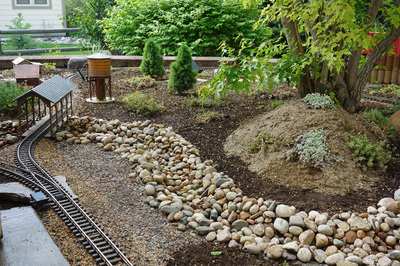 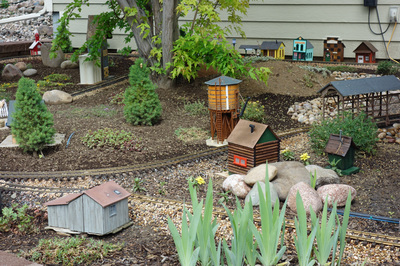 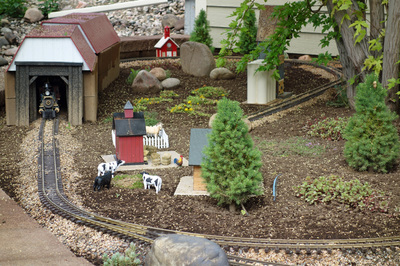 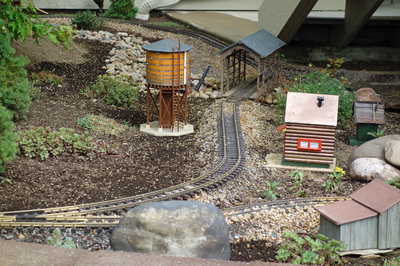 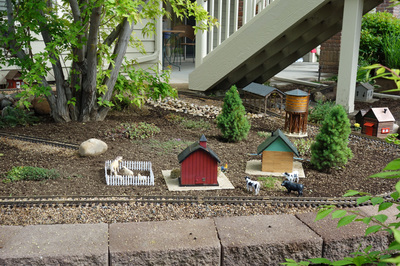 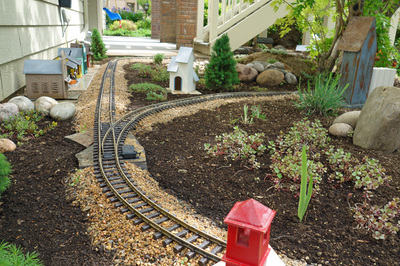 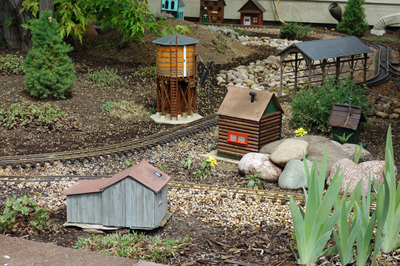